ConceptWorks redefines the concept modeling phase by giving CAE engineers the power to quickly generate Concept members for design and optimization studies by giving the user the ability to make radical changes directly at the CAE level.ConceptWorks for structures is a tool created for CAE engineers, which allows the user to create concept members and joints without the need of CAD.

More importantly, we made sure that the inputs are very simple and it was designed in such a way that engineers at any level can start creating Concept parts after a 3 or 4 hour training.ConceptWorks can be used by CAE engineers that helps achieve an optimal design much faster without involving designers at every stage. Basically, once the concept design is validated at the CAE level, this can now be presented to CAD designers, thereby drastically reducing the back and fourth process that exists in the current design and development cycle.

Under ConceptWorks, we have a detailed member creation feature which can help users to create both predefined and user-defined members. For both kinds of members, the criteria of height, width, angle, thickness, element size, etc., can be defined based on requirements. Also, member creation can be done as a new feature, using existing members, direction-based, trajectory-based, etc.

ConceptWorks assists in building suitable joints such as standard joints or special joints based on the given inputs . It automatically creates joints with only a few inputs such as element size, height, cross section nodes, define vector, connecting part, target position, base components.

In ConceptWorks, the CAE engineers can find more robust functionalities to analyze and build sophisticated inner parts such as Roof Rail Inner, Header, Roof Bow, B-Pillar Inner and so on. With minimal user intervention and fewer inputs that specify location, reference elements, thickness, trajectory etc. one can create the Inner Parts for Automotive Structures.

ConceptWorks, a unique automated modelling tool, will assist users in effortlessly constructing various special features such as fillets, holes, and splits by simply specifying nodes, radius, and elements on the model, with the goal of bridging the gap between model design and analysis.

ConceptWorks eliminates framework complexity by allowing users to alter existing members and flanges to meet the desired output by simply selecting the element to be adjusted and adjusting the range, deformable nodes, and base components accordingly. 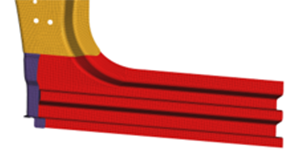 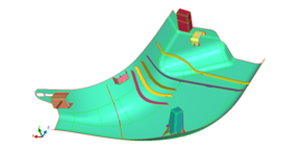 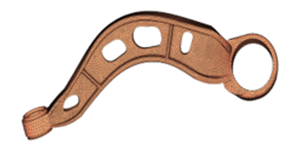 Detroit Engineered Products (DEP) is an Engineering Solutions and Product Development company. Since its inception in 1998 in Troy, Michigan, USA, DEP is now a global company with footprints in Europe, China, Korea, Japan and India.